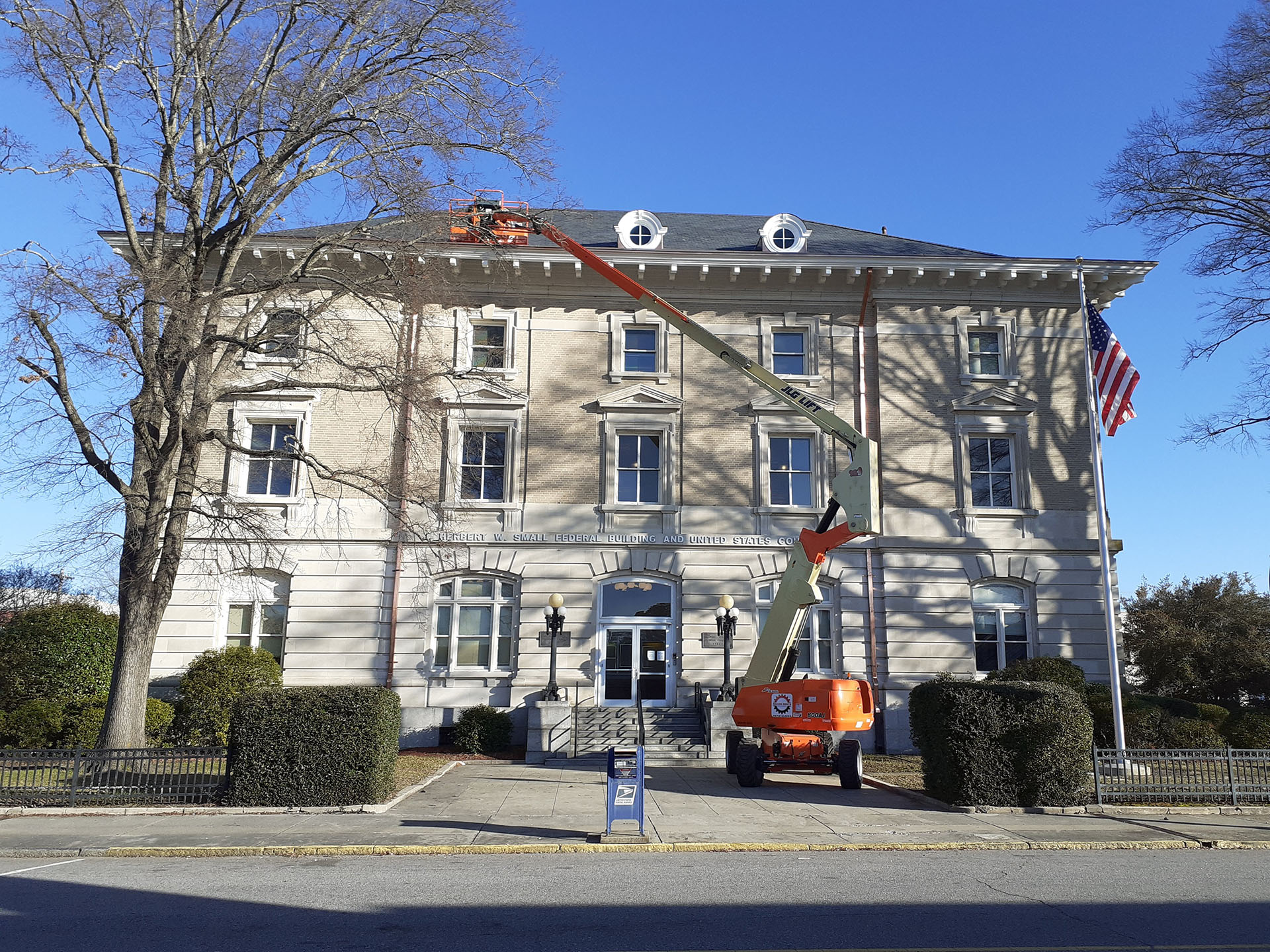 RRI was the successful offeror on a roof replacement project at the J. Herbert W. Small Federal Building & US Courthouse in Elizabeth City, NC. The project scope included the replacement of both the low-slope built-up roof systems and the steep-slope slate roof system. A new modified built-up roof system with a coating was installed on the low-slope roofs, while new natural slate was installed on the steep-slope roofs. The dormers were clad with new copper sheet metal components. Interior work was completed in the attic space, including structural repairs and the removal/replacement of the blown-in insulation. The entablature on the building was also restored and painted, and the scope was expanded to include cleaning the exterior facade components and the restoration of several historic windows. RRI managed the various trades on the project and provided on-site supervision and management. 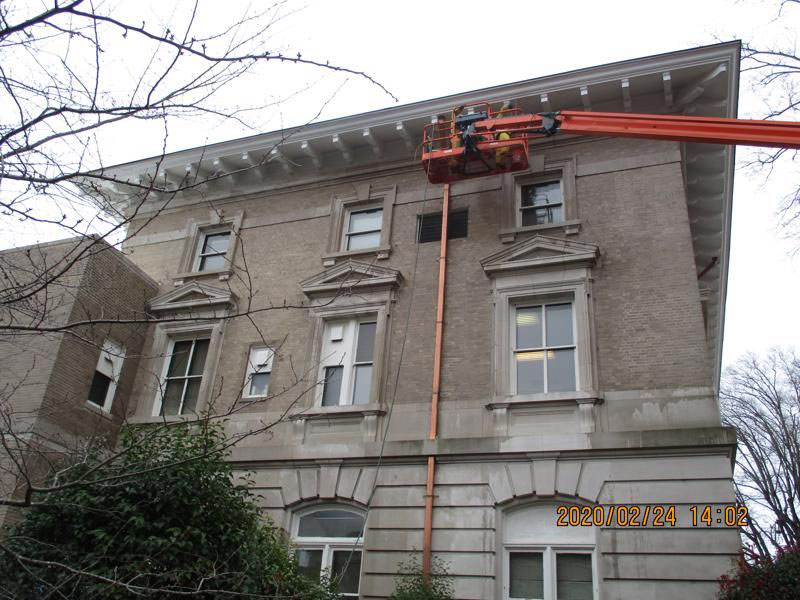